Although a few international trains do leave from Sants station, most depart from Franca Station in the El Born District. 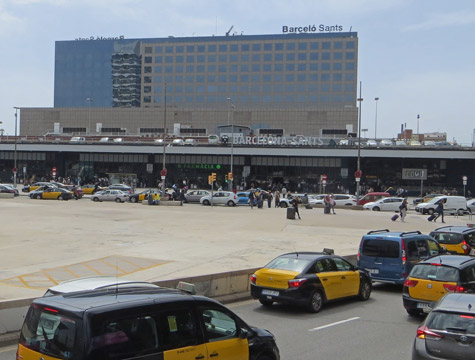 Sants is a major transportation hub in Barcelona.  Many coaches and local buses depart from this busy station.

Passengers arriving at Sants station can catch the Hop-on Hop-off tour bus at the back of the station.