The Barcelona International Airport (BCN) is also called Barcelona-El Prat.  It is located in the town of El Prat de Llobregat, about 13 km from the centre of Barcelona.

El Prat Airport is the home base for Vueling Airline and an important hub for Iberia, Air Europa, Ryanair and Easyjet. 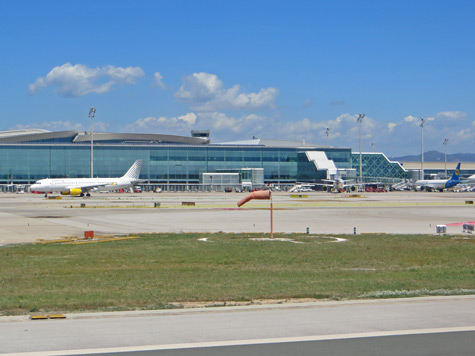 A bus service called Aerobus picks-up passengers from each of the three terminals every 15 minutes and takes them to Sants Station.

The Barcelona Metro also provides service to the airport via Line #9.  There are metro stations at each airport terminal.