Torre Jaume is a 107 meter tall tower on the Barcelona waterfront.  It was built in 1931 to hoist the Port Vell Aerial Tramway. 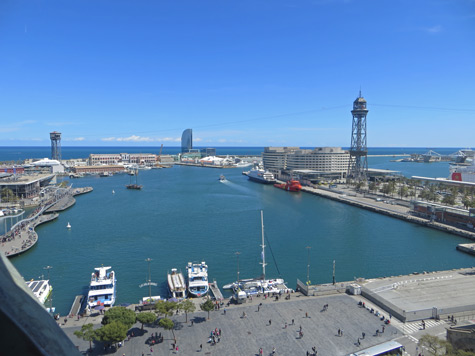 The World Trade Tower can be seen at the end of Moll de Barcelona (Barcelona Quay).

Barcelona Quay is one of several passenger piers used for visiting cruise liners.