The Barcelona Olympic Stadium is a massive sports complex situated on Montjuic Hill.

The stadium was originally built for the 1929 World Expo.  It was later enlarged and completely modernized for the 1992 Summer Olympics.

The 1992 Olympics were the first post-soviet games.  Consequently, Estonia, Latvia, Lithuania, Croatia, Slovenia, Bosnia, Herzegovina and a unified Germany were able to compete as independent states. 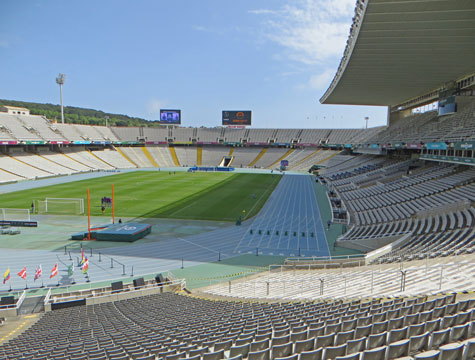 Visitors to Barcelona are free to enter the stadium when sporting events are not underway.  Otherwise, a ticket is required.

Sport fans can also visit the Olympic and Sports Museum which is located near the Olympic Stadium.