Construction of the still unfinished church began in 1883 and is expected to be completed by 2026.  Gaudi worked on the church right until his death in 1926. 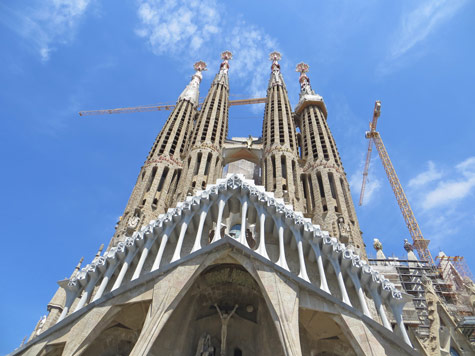 People visit Barcelona from around the globe just to experience this one, unique structure.

Tickets to the Sagrada Familia must be purchased in advance.  They are restricted to a specific date and time of day.

The Sagrada Familia is open from 9:00 until 20:00 in spring and summer with shorter hours during the remainder of the year.  The nearest metro station is called the "Sagrada Familia Metro Station".