Casa Mila is one of Gaudi's most remarkable creations.  It was built between 1906 and 1912.

The Modernista structure, which is also called La Pedrera, resembles the ocean waves found in nature. It's distinctive chimneys look very much like sculpture.

Casa Mila is considered by many to be the crowing jewel of the Moderista movement. 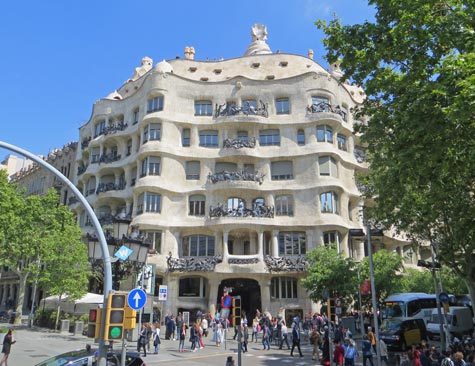 This famous building by Antoni Gauidi is accessible to the public from March until October.  A ticket to Casa Mila also includes a visit to its magnificent rooftop.

Casa Mila is located in the Eixample district of Barcelona.  The closest metro station to building is called Diagonal.