The Castle of Three Dragons (Castel dels Tres Dragons) is an imposing building situated in Ciutadella Park in Barcelona Spain.  It was built in a style called modernisme.

The brick structure was constructed to be a cafe-restaurant for the 1888 Universal Exposition which was held in the city. 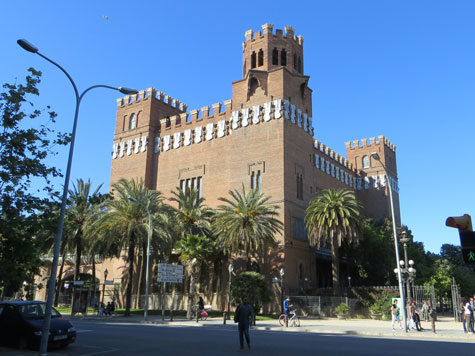 The Castle of Three Dragons can be found in the El Born District of Old Barcelona, not far from the Arc de Triomf.